We awoke to a normal British day, grey and rainy.  Boy are we glad we did the outdoor itinerary earlier to take advantage of the sun.  This makes us all the more excited for Spain.

After a hearty breakfast we were off on the tube and arrived eleven stops later at Holborn and a short misty walk to the British museum.

Sherrie and the kids in the British museum entry way

After a potty break and a bit of orienteering we headed to the rosetta stone. It was pretty cool to see up close and in person. 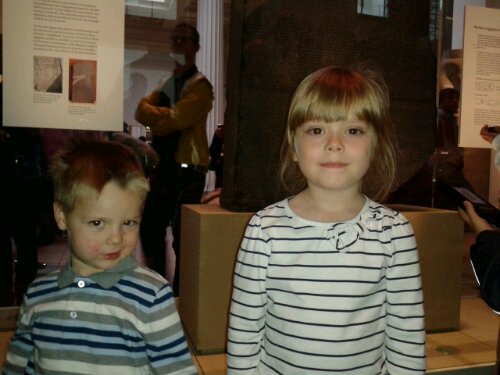 Lucas and Isabella with the rosetta stone in the British museum.

Luckily, the Assyrian exhibit was near the rosetta stone. This is what Sergio really wanted to see. 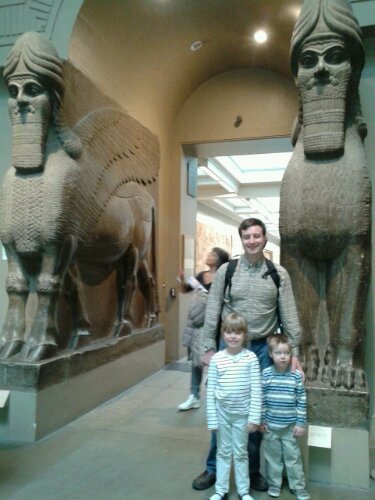 Assyrian king killing a lion with a sword. This relief from his palace says he was a bad a$$.

We then walk through the Greek and Roman areas which Isabella liked most. Particularly the vases.

Sherrie taking to the kids about Greek culture

Heading upstairs to the Egyptian exhibits the kids saw an Easter island moi. They remember this from the film Night at the Museum and loved “dum dum.” 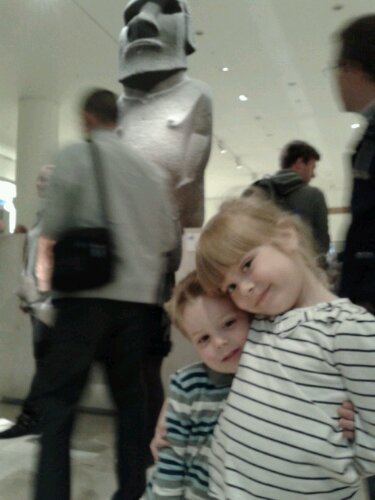 Isabella and Lucas with Dum Dum

On our way to the mummies we stopped to admire the last remnants from a seventh wonder of the ancient world: the original mausoleum. We meet a nice couple from Long Island on their way through Europe.

Finally to the mummies. But not before admiring all the Egyptian artifacts. 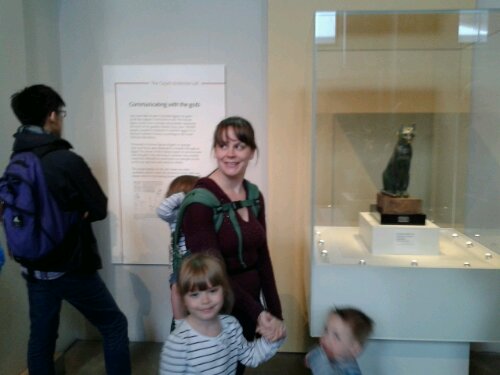 Sherrie and the kids with the famous Egyptian cat.

And mummies! Lucas says thus was his favourite part.

Isabella and Lucas with Egyptian mummies in the British museum

Unfortunately the rain did not let up and we had to buy some umbrellas from a souvenir vendor. I did haggle for a good deal however. When we packed we bet on nice weather to save baggage space for the warm Spanish coast. Ooh well.

It was a short tube ride to Notting Hill which brought us to Kensington palace.

Isabella and Lucas waking through Kensington gardens to the palace

While stopping for a photo opportunity we meet a group of three ladies on a world tour who had just arrived from a thirteen hour flight from Tokyo. One even had an older son named Lucas.

Sherrie and the kids with the Victoria monument outside Kensington palace

Kensington was part of our royal historic palace membership and a great place to visit which doesn’t take much time. 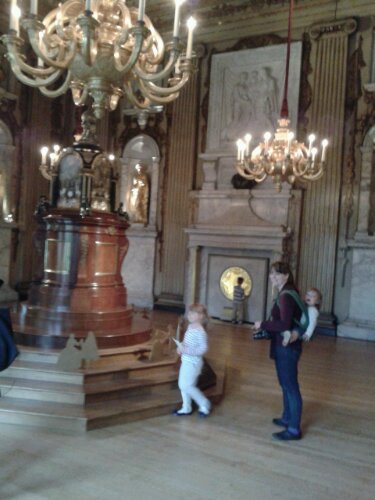 Sherrie, Aurelia, and Isabella in the king's cupola room 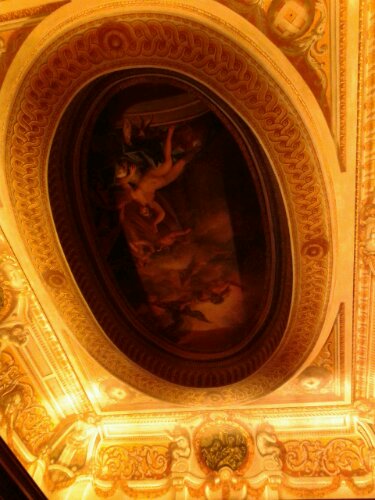 Isabella in the King's drawing room

The Victorian apartments were very cool to see which included many personal letters, her nursery, the room Albert died, and many of her dresses.

Isabella loved one of Victoria’s dollhouses. She said it was her favouriteand wanted one just like it. 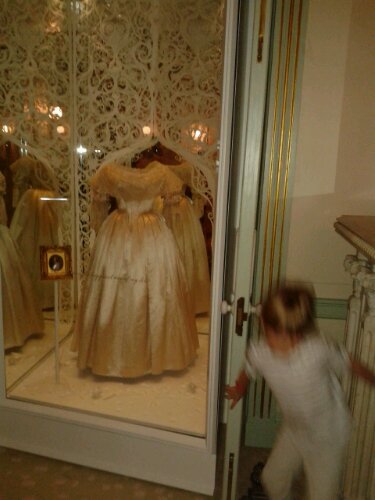 The day was great and we all walked many miles with no complaints. Tomorrow morning we leave early for the sunny Spanish coast.

We copped out and picked up McDonalds for dinner so we could do bath time and an early bed.